I first read a fantasy novel with a lesbian couple in it in 1997, the year I started, sort of, thinking about coming out. My final year of high school. It was one of Charles de Lint’s Newport books, Trader, newly published. It was only the second novel with same-sex attracted women in it that I’d ever read. 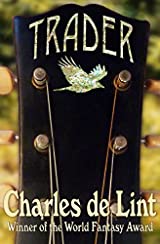 I found Trader in the local public library, then bought myself a copy. Not an easy feat before the internet and Am*zon came to suburban Australia: a 20km bus ride to the nearest bookshop (one bus per hour), ordering it, waiting, getting the bus again.  I don’t have it anymore, which I almost regret but don’t because as representation goes, it wasn’t that great.

The mother (I forget her name) of a main character, Nia, forms a relationship with another women. When Nia sees them kissing she freaks out, thinking that a monster has taken over her mother, and runs away, getting sucked into the dangerous other world. But also, neither of the lesbians dies, and they stay together. Nia gets back from the other world and accepts her mother’s relationship. If you read the book blurb, none of these characters get a mention, which tell you how peripheral they are to the main narrative. It’s not much, but it’s something when you’re a queer kid at a Christian school in the late 1990s. We still thought Willow was straight then, and I didn’t have the internet at home, so it was before my year of Buffy slash fic. Ellen was some sort of mythic figure I was never going to see on any of our 5 TV channels (I still haven’t seen the episode where she comes out).

In 1998 I found the ‘Lesbian Fiction’ subject tag in the university library, and worlds opened up. I read Jeanette Winterson, Maureen Duffy, Gertrude Stein, Radclyffe Hall, feminist lesbian SF utopias, lesbian detective fiction, Rubyfruit Jungle, Riverfinger Women. Then there was Sarah Waters and Queer as Folk and The L-Word and and and… 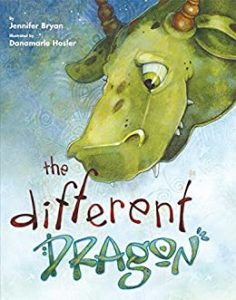 I’ve started thinking about queer representation in books again since my son was born. It’s easier finding picture books with queer parents in them, but there’s still not much out there: Looking for families ‘like ours’: finding queer folk in children’s literature. And what there is pretty much all: ‘this is my family’ and ‘isn’t my family different to yours.’ Of all the fantastic kids books with dragons and monsters and spaceship and flying and all the thing kids’ books imagine, there’s literally only one with queer parents AND a dragon (The Different Dragon by Jennifer Bryan) 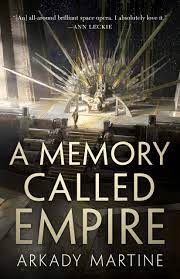 Correct me on the posts if I’m wrong, but to the best of my knowledge, last year was the first time a novel with lesbian protagonists won the Hugo: A Memory Called Empire, by Arkady Martine. I’ll eat my proverbial hat I is wasn’t the first time two novels with female same-sex attracted protagonists have been on the short list (Gideon the Ninth, by Tamsyn Muir). Both are more SF than Fantasy (with some horror in Gideon the Ninth), but I’ve mostly given up quibbling about that sort of thing. 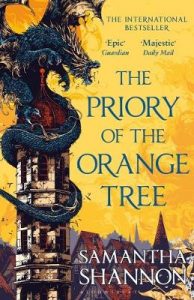 None of this is supposed to suggest that there’s no lesbian representation in fantasy. I was late to Samantha Shannon’s Priory of the Orange Tree, but I’ve reread it more than once.

Laurie J. Marks’ Elemental Logic series was also great, and I loved Aliette de Bodard’s Fireheart Tiger. These books all have lesbian protagonists, but that’s not in and of itself why I loved them. 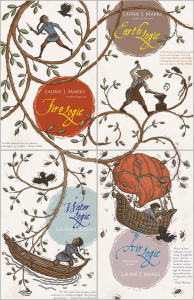 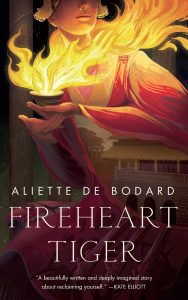 And these are all epics fantasies where fates of peoples, nations, and worlds are changed. I’m not going to go into all the details here (because space and spoilers), but these are all stories about solidarity. They are about finding love but also forming alliances that enable sometimes vastly different people(s) to resist domination, to assert their own identities, and, perhaps, finally, to flourish. They are reminders that the fight for queer liberation, and equality, and the space for us all to live our best lives isn’t over with same-sex marriage and the rainbow flag made into a marketing tool (even if 90s teenaged me couldn’t imagine those things). These are stories for Pride.

This article was brought to you by Helen Young in association with Promotions.

Helen Young is a Lecturer in Literary Studies at Deakin University, Australia, and researches and teaches fantasy and historical fiction (https://www.deakin.edu.au/about-deakin/people/helen-young ). Helen first read Lord of the Rings way too young and still occasionally gets nightmares about Shelob and Nazgul. Follow Helen on Twitter @heyouonline