Most of you will have heard of Dungeons & Dragons or Pathfinder. But there is far more to the world of tabletop RPGs than those ubiquitous giants, and our resident expert is here to introduce you to some more unusual games you may want to try this RPG month. 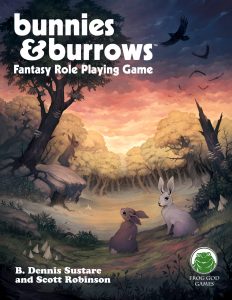 Celebrating its 45th anniversary of publication, and recently re-released by Frog God Games, “Bunnies and Burrows” is an unofficial adaptation of Watership Down as a tabletop RPG.

Player characters take on the roles of rabbits working to ensure the survival of their warren, and face the dangers that rabbits do in the real world. This may seem like a more mundane setting, and it may silly, but the result is a game that privileges cooperation and thinking over combat or min-maxing. This RPG is a classic for a reason.

The micro-RPG “Roll For Shoes” is a narrative-based rules system in which absolutely any action can be considered a skill. For example, putting on shoes is a task at which a player character can fail. Moreover, character generation and development are dice-dependent, such that if a character attempts to put on shoes and rolls particularly well, they permanently obtain a specialized shoe-putting-on skill.

As you might ascertain, this type of rules system does not lend itself to min-maxed power gaming, nor to massive dungeon crawls. But in the hands of a top-notch GM running a campaign or a session in either a non-serious adventure, or a social setting, this is actually kind of a great system. 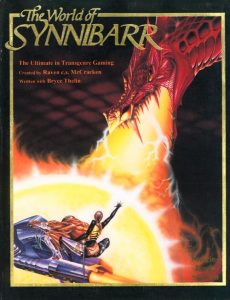 First published in 1993, The World of Synnibarr is set on an alternate version of the planet Mars, which was turned into a spaceship by a god who wanted to save humanity when the Earth was destroyed. Now populated with crocopedes (part crocodile part centipede) and bears that fly and shoot lasers from their eyes, Mars encounters a wide variety of population-decimating catastrophes and alien races. Playable classes include ninjas, psi-elves, bio-sytha cyborgs, and Aquarians. The more of this game’s lore you read, the more befuddled you will be.

If that setting intrigues you (and I’m not suggesting that it should), then be warned that the complex and convoluted rules system is nightmarish to comprehend or to handle within a game session. This is a system so in-depth that there are strictly defined parameters as to the force your character’s breath exerts on a surface when exhaling at it. 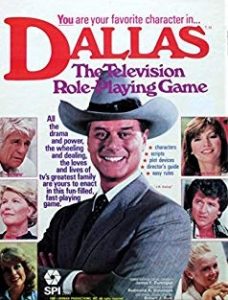 Based on the hit 1980s TV show, “Dallas” puts player characters in the shoes of main characters such as Miss Ellie, Jock Ewing, J.R., Cliff Barnes, or Tina Louise. For those unfamiliar with the television series, Dallas followed the schemes and infighting within the family of an extravagantly rich oil tycoon. Most actions are taken using one of three key skills that each character has: persuasion, seduction, or coercion. The game is far more structured than many RPGs, going so far as to lock down character attributes and deny the ability of players to create their own characters.

However, this structure actually might be a boon for starting-out gamemasters, who will benefit from the episode-by-episode structure of adventures and clearly defined goals and win conditions for each of the characters. 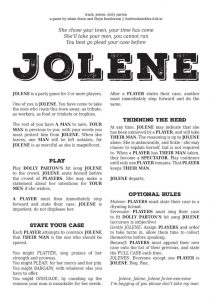 Possibly the most popular tabletop roleplaying game ever inspired by a country music song, “Jolene” pits player characters against each other as they try to convince an unknowable, dark, demonic force to spare their man. Each player character takes turns providing arguments why their man should not be taken by Jolene, who is controlled by the game master.

To quote the rules:
She chose your town, your time has come
She’ll take your men, you cannot run
You best go plead your case before … JOLENE

This post is brought to you by Olav from the Glasgow 2024 promotions team.