The second of our articles on Fountain pens around the world moves to the United Kingdom, and while there aren’t the same number of fountain pen creators there, what they lack in number, they make up for in quality.  The Onoto was first produced by the De La Rue company after it was invented by George Sweetser and offered to Evelyn De La Rue as one of the first pens to have a plunger filling system.  This bypassed the other filling methods widely used at the time, and the pen had another mechanism to prevent the ink from spilling out, you actually had to engage the ink to write with the pen. 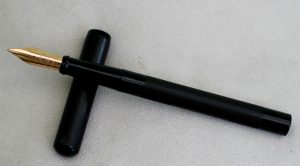 Unlike other companies, Onoto never ventured into the realms of pens for everyone, preferring to remain at the high end of the scale and producing only quality merchandise that would be available only to those who had the wherewithal to purchase them.  Recognising at an early stage that fountain pens would become objects of art, Onoto understood that producing the same pen every year would result in people buying only the one, whereas producing new pens every few years would ensure that people would buy more, just to keep up with the times.  The Mammoth was one of the earlier pens, being amongst the largest of the pens available at the time.

Onoto ensured that they continued to innovate throughout the early 1900’s until they moved production to Strathendry where they started looking at the styling of the pen, the Onoto 2000 (1925 actually). 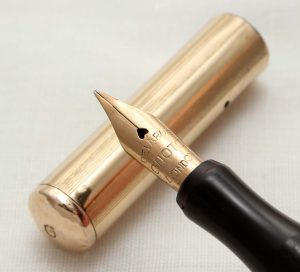 And the Onoto 6230 from the mid thirties. 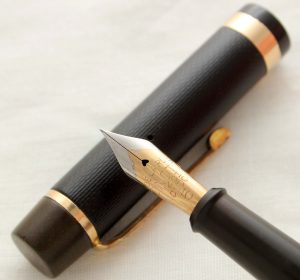 The war took its toll on the production of luxury items, and the original factory closed in 1958, with the Onoto K being the last of the pens produced there. 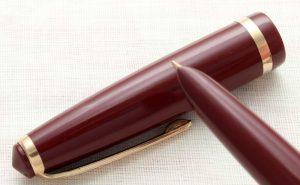 In 2005, the brand was renewed by a company working out of Norwich, calling itself the Onoto Pen Company Limited.  They took up the mantle of Onoto and started again with the making of premier writing instruments.  One of their most popular models is the Magna, based on the original pen from the 1937’s, although they have continued to innovate, understanding, as the original makers of the pen did, that most collectors of fountain pens are not just satisfied with one of them. 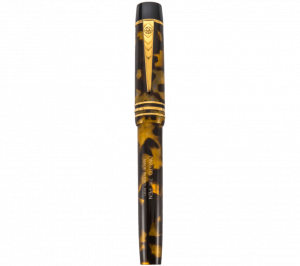 But with the improvement in manufacturing techniques and a hundred years of fountain pens between the two companies, the understanding was now present that pens that were more works of art than everyday carry would be more in demand.  This example is the limited edition of The Great Court.

Onoto always made the quality and beauty of the pen their unique selling point.  To this day, Onoto are regarded as some of the most sought after pens on the market, and they show no signs of slowing down.

John C Dodd works conventions, that’s what he does, that’s all he does…

He’s a Swordsman, a Devotee of the Iron Church, a preacher of handwriting, and a writer of games, publishing his own RPG, Quest, in 2018. He’s been line developer of SLA Industries and has written for several different games companies, including Cubicle 7 and Modiphius Entertainment.

Find him at https://facebook.com/john.dodd.9022/, @automaticdodd on twitter, or by typing in Millionwordman into any search engine in the world