Meet Your Committee: Ben Yalow – Advisor to the Chair

Today, you are introduced to Chair’s Advisor Ben Yalow. He is currently based in New York City, USA, though in the past he could more reliably be found in a Marriott someplace, having probably flown there on a Star Alliance aircraft. 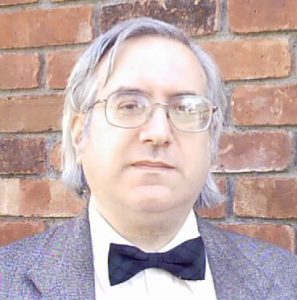 For Glasgow2024, Ben is a member of the Chair advisory team and a major email analyst. But prior to that, he has tried his hand in pretty much everything to do with running a con all around the world over the last five decades: from being a gofer, to running regional conventions, to being a Division Head for WorldCon. But arguably his greatest achievement is the co-founding of SMOFCon, the oldest international convention for conrunners.

His first convention was Lunacon (a New York City regional that ran from 1957 through 2017) in 1971, and which he ended up chairing in 1978.  He had an interesting time there – enough to get him to go to his next convention (Noreascon, the Worldcon in 1971), and he hasn’t missed a Worldcon since then.  As he picked up other commitments (including staff meetings for cons he’s  working on), he has cut back on the cons he goes to, but he still averages well over one every month.

In his non-con life, Ben is retired after a five decade career in computers, and is also on the Board for a charter school in New York City, serving several hundred children from one of the poorest districts in New York. As for his free time, Ben tries to keep up with his backlog of reading (mostly SFF and History), but, by his own admission, new, interesting books get published faster than he can read them.

Looking forward has kept Ben sane during the uncertain last couple of years. He feels there is still a lot left to do, both within fandom and outside it, and he wants to pay the good will forward to all the people who made fandom a wonderful place for him.

When it comes to Glasgow2024, Ben is most excited about working with a diverse group of organisers: people he’s known for decades, those he’s meeting for the first time, and everything in between. He sees it as an excellent opportunity to learn new things.

His personal recommendations for speculative fiction begin with Roger Zelazny’s Lord of Light (1967) as, in his opinion, the finest novel the field has ever produced. It breaks lots of rules (a clearly SF novel featuring the Hindu pantheon of gods, for example), and Zelazny executes his artistic choices brilliantly.  Ben rereads it every year, just to remind himself how great a story the field can produce. Tolkien is a must for high fantasy, followed by Poul Anderson’s Three Hearts and Three Lions (1953 and 1961).  Edward Elmer ‘Doc’ Smith’s Lensman series is a pure example of how plot can pull you through challenging writing; then there are Leigh Brackett’s planetary romances, anything by Henry Kuttner and Catherine Moore, under whatever pen name they were writing at the moment; Hal Clement’s Mission of Gravity (1953), which is the perfect exemplar of Hard SF (with Vernor Vinge and Alastair Reynolds as two of its best modern practitioners).  And finally, Fred Brown for the best very short works, whom Ben sees as the closest the field has ever come to the non-genre writer O Henry. To finish off, while he finds some genre media good to excellent, his true love there is still Buffy/Angel.