Exploring the Hugo Awards: The 2020 Finalists for Best Fancast 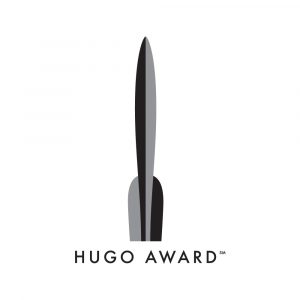 The Best Fancast category is relatively new to the Hugos, having been awarded first in 2012. It’s awarded for “any non-professional audio- or video-casting with at least four episodes that had at least one episode released in the previous calendar year.”

Having just launched a podcast myself, I was fascinated to survey the state of the art as considered by the Hugo nominators. There are six finalists: 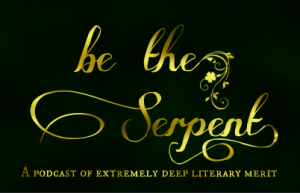 Be the Serpent (Alexandra Rowland, Freya Marske, and Jennifer Mace) is a fortnightly podcast from three fantasy authors. These women have a lot of fun putting together their podcast and it shows, and yet the final product is tightly focused on genre. The episodes I’ve heard take a theme and discuss several works that deal with that theme. Shows run about an hour, and they get points for detail, with transcripts provided and thorough show notes. The hosts’ enthusiasm for the SF they’re consuming comes over very strongly in this show.

Claire Rousseau’s YouTube channel stands out in this crowd because it’s not a podcast. Claire uploads videos weekly, and is endlessly enthusiastic about books. Like so many of us, she struggles to read as much as she’d like, so she’s gamified the process by using Dungeons and Dragons as a tool to both decide how many books she’s going to read and what they’re going to be. She awards herself experience points at the end of each month. She covers upcoming news about publishing and anticipates forthcoming books. Claire’s videos are typically 15-20 minutes, and are well-produced, with author photos and covers illuminating the topics she’s covering.

Galactic Suburbia (Alisa Krasnostein, Alexandra Pierce, Tansy Rayner Roberts, and Andrew Finch) is the one previous winner on the list, and it is also the only podcast that’s not ongoing, as they wrapped it up in March. As well as covering their personal lives and what they’re up to at the moment, they do deep dives into detailed aspects of novels as well as thematic overviews. Every episode I’ve listened to has also featured cake, but that might just have been an anomaly. Episodes typically run about 90 minutes, and are quite discursive. 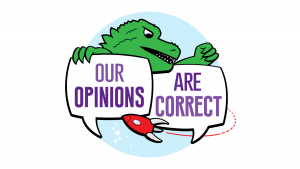 Our Opinions are Correct (Annalee Newitz and Charlie Jane Anders) takes a fortnightly deep dive into an aspect of SF. Episodes typically run 45 minutes, are tightly focused. The episodes I have listened to have consistently related SF themes to ongoing development in science and our political world. 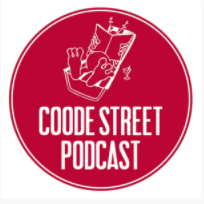 The Coode St. Podcast (Jonathan Strahan and Gary K. Wolfe) is a two-hander between Strahan and Wolfe, covering the science fiction business generally. Normally the podcast is weekly, an hour long, and with occasional guests, but more recently they’ve changed their format in response to the pandemic, and have been sitting down most days for ten minutes (or a little more) with a wide range of SF professionals to learn what they’ve been doing during lockdown. The quick fire format and focus is great for bringing out unexpected recommendations and ideas. 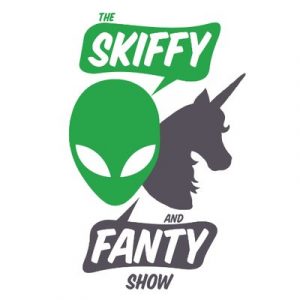 The Skiffy and Fanty Show (Jen Zink and Shaun Duke) is more a family of linked podcasts than an individual show. Each of several titles comes out monthly, they have a wide range of hosts, and are centrally produced with an overarching style and theme. Episodes run about an hour, and generally look at a single work or group of linked works. The range of material covered is very wide, but perhaps slightly more than half of recent episodes cover genre movies, with the rest focusing on books, tv, and industry news.

CoNZealand members are able to vote in the Hugos until July 22. 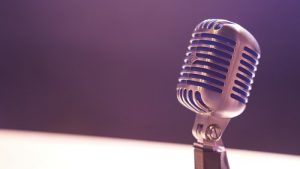 This article was brought to you by Alison Scott. Alison is helping out with odds and sods for Glasgow, but slips sideways when she sees Esther approaching with bigger jobs. You can meet her at parties at CoNZealand. Octothorpe is the podcast she does with Liz Batty and John Coxon.

This article was brought to you by Alison Scott, GUFF delegate and Glasgow in 2024 team member.

We are the Bid Team for Glasgow in 2024 – A Worldcon for Our Futures. We are part of the vibrant Worldcon community. We would love to administer the 2024 Hugo Awards for you, from Glasgow. Please consider supporting us.