Fantasy and science fiction offers a space to imagine new worlds and new possibilities, and to challenge established or assumed norms. And yet it is still relatively uncommon – although not as rare as it used to be – to find explicit bisexual and/or pansexual representation in SFF.

In media and literature, bi/pan erasure still takes place, and such identities are still often hidden behind vague phrases like ‘it’s complicated’. The words ‘bisexuality’ or ‘pansexuality’ are used even by bisexual and pansexual characters themselves. It can be hard to find the representation you’re looking for as a reader, when everyone seems to approach the issue sidelong!

For this Pride Month, we wanted to share a list of recommendations for science fiction and fantasy books with bisexual and pansexual representation. All books in this list feature bi/pan main characters, alongside queer relationships and in certain cases, queer worldbuilding. 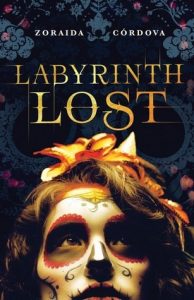 Labyrinth Lost by Zoraida Córdova
Labyrinth Lost is a young adult urban fantasy inspired by Latinx culture and myth, following Alex, a bruja (or witch) who hates her own magic. When Alex tries to banish her own magic, she banishes her family from the world instead, and must go on a quest to rescue them. This book queers the typical YA love triangle trope, with Alex choosing between brujo Nova, and her female friend Rishi.

Adaptation by Malinda Lo
Adaptation is a young adult science fiction novel, in which teenage girl Reese struggles with strange dreams and conspiracy theories after a strange apocalyptic event known as the “June Incident”. In another queer adaptation of the YA love triangle, Reese finds herself torn between her childhood friend David and a mysterious newcomer, Amber Grey. 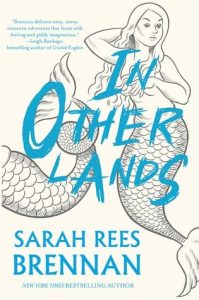 In Other Lands by Sarah Reese Brennan
In Other Lands is a magical coming-of-age story that plays with the tropes of portal fantasy and magical boarding school stories. We follow the main character, Elliot, from the age of 13 to adulthood, over the course of his education in the magical world of the Borderlands. During this time, Elliot also comes to terms with his own bisexuality, and is explicitly identified as bisexual on page.

The Red Threads of Fortune by Neon Yang
Neon Yang’s Tensorate novellas are a wonderful exercise of queer worldbuilding, taking place in a secondary world where same-sex relationships are normalised, and children are considered gender neutral until they come of age and choose how they wish to identify. The second novella in the series, The Red Threads of Fortune, also features Sanao Mokoya, a protagonist in her forties who is attracted to multiple genders. 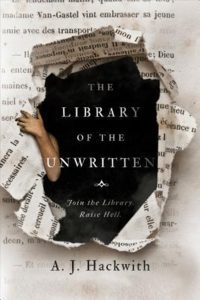 Swordspoint by Ellen Kushner
Swordspoint is a fantasy of manners, based around the court intrigues and political machinations of a secondary world. It is also one of the main classic fantasy texts that readers associate with bisexual rep. The normativity of bisexuality within Kushner’s worldbuilding, as well as the romance between two bisexual main characters, Richard St. Vier and Alec, means that many readers consider this one of the first examples of bisexuality in fantasy. 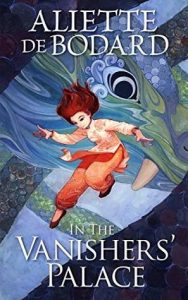 In the Vanisher’s Palace by Aliette de Bodard
In the Vanisher’s Palace is a Beauty and the Beast fantasy retelling that also blends in futuristic, dystopian aspects of science fiction worldbuilding. When scholar Yên is sold to Vu Côn, she becomes governess to her two children from a previous relationship. Vu Côn is bisexual and also… a dragon.

Space Opera by Catherynne M. Valente
Space Opera’s premise is simple: Earth must compete in an intergalactic talent show of song and dance, in order to determine whether humans deserve to be recognised as sentient and to take a place among the stars. As if a universe-wide version of Eurovision wasn’t queer enough, Earth’s representative musician, Decibel Jones, is identified on-page as pansexual. 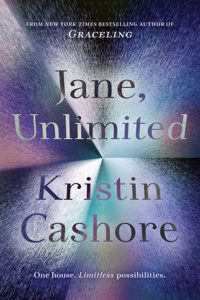 Jane, Unlimited by Kristin Cashore
When Jane arrives at Tu Reviens, a house belonging to her rich acquaintance Kiran Thrash, a single decision she makes results in five different stories, that span multiple genres including science fiction and fantasy. Jane is bisexual, and the novel’s ‘multiverse’ plot structure allows you to see the outcome of her interactions with various love interests.

To Be Taught, If Fortunate by Becky Chambers
Becky Chambers is a go-to author for those looking for queer characters and queer-norm science fiction worldbuilding. This novella, following four astronauts during a period of space exploration, is narrated by Ariadne, a bisexual woman.

This article was brought to you by Emma French in association with Promotions.

Emma is a PhD student, D&D enthusiast, and slave to two very spoilt cats, Jester and Vex. You can find her on twitter @howlsmovinglib.