Once again Glasgow 2024 is delighted to bring you a special Meet the Committee post. This week, you’re introduced to Nicholas Whyte, who is Division Head for the World Science Fiction Society, and Guest of Honour at Eastercon: Reclamation in 2022.

Nicholas is originally from Northern Ireland, but has been working in Brussels since 1999 and living in the Flemish countryside. He was a student in Cambridge for five years, and also lived in Bosnia and Croatia shortly after the war. 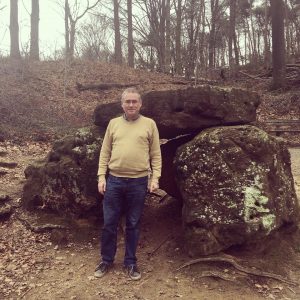 Nicholas is the prospective Division Head for the World Science Fiction Society. If the Glasgow bid is successful, that means overseeing the three things that every Worldcon is obliged to do under the WSFS constitution – the Hugo Awards, the selection of the site for the next-but-one Worldcon (i.e., in 2026); and the WSFS Business Meeting which reviews and amends the rules under which we operate.

Nicholas jumped in the deep end of Worldcon as the Division Head for Promotions at London 3 in 2014, having had no previous con-running experience; after that, he was the Hugo Administrator for both Worldcon 75 in Helsinki and Dublin 2019: An Irish Worldcon, and deputy Hugo Administrator for CoNZealand in 2020 and Chicon 8 in 2022. He also served for a few months as WSFS Division Head for DisCon III in 2021.

Nicholas’ gateway convention was a fairly small affair in Belfast in March 2002, called MeCon V, run by the Queen’s University of Belfast student society. Ken McLeod and Ian McDonald were guests of honour, and Nicholas already knew their work, and hugely enjoyed meeting both of them in person. Nicholas believes one of the great things about our genre is that channels of communication between authors and readers are so open. It was also his introduction to Irish fandom – a bunch of folks got locked into Belfast’s Botanic Gardens after Nicholas mistakenly recommended a short-cut – and that fuelled his subsequent Worldcon engagement, starting with Interaction in Glasgow in 2005 (where he was a panellist but not part of the organising team). 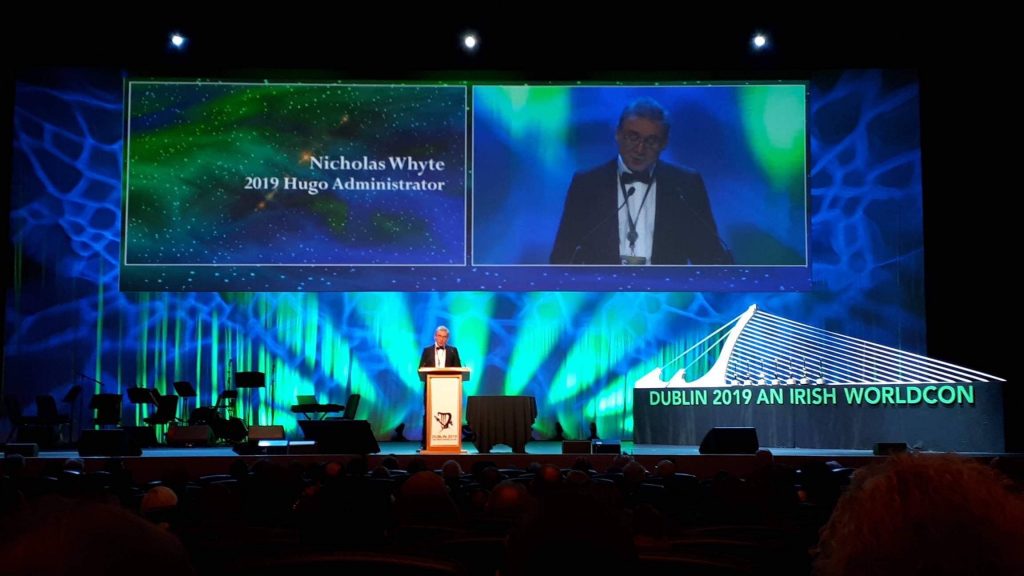 In his day job, Nicholas is a geopolitical expert in the Brussels office of a big public affairs consultancy. He advised the last three countries to become independent (South Sudan, Kosovo and Montenegro). Nicholas also does a fair bit of TV commentary – in particular, when there are elections in Northern Ireland, he’s the person in the studio doing live analysis of the electoral swings. (As Gore Vidal said, “Never miss an opportunity to have sex or appear on television.”) He makes no excuse for escapism in his spare time. 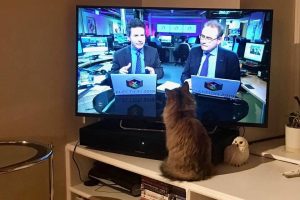 During lockdown Nicholas got very much more into television than his schedule normally allows, both recent (Star Trek: Discovery, Picard, Unorthodox) and older (Secret Army, the great 1970s BBC series about WW2 resistance in Belgium). Nicholas also made a series of video blogs about the village where he lives, which was a good creative outlet. Most people left Livejournal ages ago, but he has kept posting there, aiming for something every day, including notes on the pandemic every ten days (but mainly reviewing the books he has read). 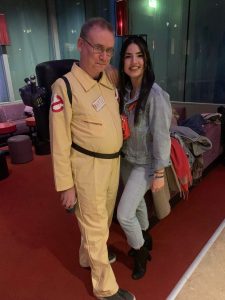 Nicholas is excited about the possibility of a Glasgow Worldcon. The 2005 Worldcon in Glasgow was Nicholas’ first, and it was a life-changing experience. It was amazing for him to share the joy of appreciating our genre with so many other people. Nicholas’ volunteer work in SF gives him a huge boost, it supplies his ethical validation as it were. In particular, he is looking forward to the Hugo Awards, which will be the historical record of what fans loved and appreciated most in 2024. But Nicholas admits he is already daydreaming about the venue, the people and the beer.
Of his favourites and gateways in SFF, Nicholas has a slightly guilty pleasure, he developed an early affection for the work of Roger Zelazny, and still thinks that for descriptive prose he is difficult to match, though not all of his masculine heroes’ social attitudes would be considered appropriate today.

Nicholas is an unapologetic Doctor Who addict. He has watched every surviving episode, including those broadcast before he was born (in 1967), and read almost every spinoff novel and short story collection (still catching up on the comics and audio plays). Nicholas even appears for a split-second in Hugo finalist The Five(ish) Doctors Reboot, by Peter Davison. At its best (which he admits it has not always been, but loving a show doesn’t mean being blind to its flaws) it’s a celebration of the liberal spirit of drama. There are worse places to rest your moral compass than the TARDIS console.